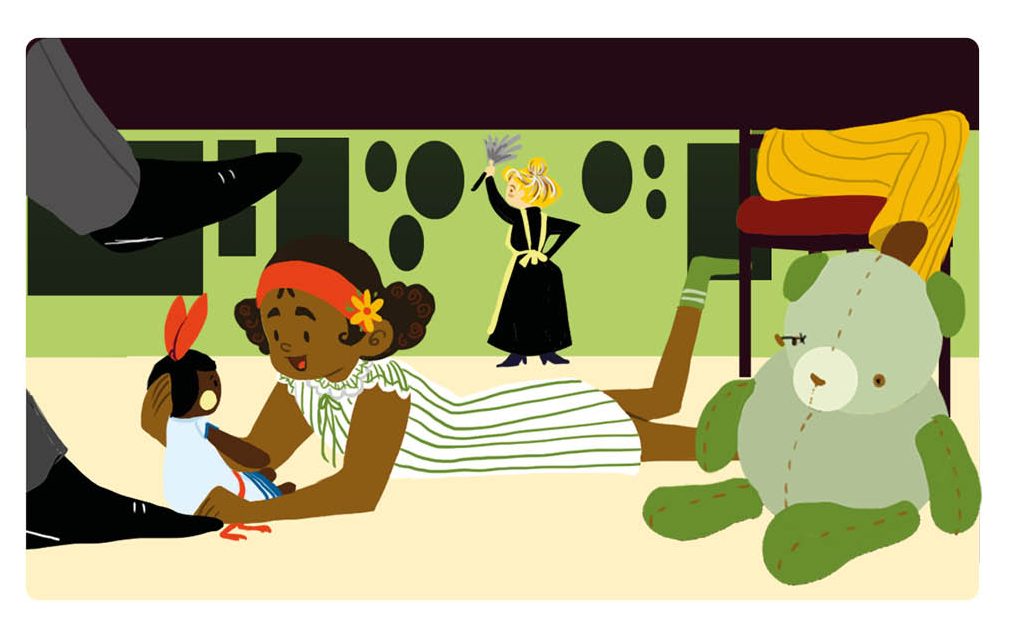 Well folks, here we are now in the month of November and as the temperature is dropping it’s also getting near that time. That wonderful time when capitalism takes over, holiday music runs rampant on the radio, and everyone’s preparing to ‘Tis the Season. The end of 2019 is drawing ever nearer and it’s definitely exciting. However, before you rush off to make arrangements for the holiday fun, we’d like to remind you of just a couple more things to be thankful for along with your loved ones…namely all the wonderful Black Creatives out here of course.

This month we are pleased to present illustrator & stop motion animator Michele Keane. Born and raised in Kingston, Jamaica, the skilled artist journeyed here to Japan in pursuit of a Master’s Degree from the highly renowned Kyoto University of Art & Design. After completing her studies, Michele continues to live and work in Kansai, while using her student portfolio as a springboard to brew up even more amazing pieces. Once our schedules allowed, I had the pleasure of kicking back with Michele to discuss our mutual love/obsession over animation, sip some seasonal konbini drinks and witness the graceful, yet obnoxious antics of Japanese cranes on the Kamogawa River bank:

Black Creatives Japan: Firstly, I don’t know if I’ve told you before, but ‘sotsugyo omedetou’ – Happy graduation! How has post grad life been so far if you don’t mind me asking?

Michele Keane: Aww, thanks! It’s been almost half a year since graduation this past May. It’s crazy to think how much time has gone by and how close I am to finishing another year (I think my 3rd) in Japan. It’s been quite a learning experience.

I started working after Golden Week and it’s been weird getting used to, or rather, getting into a routine. My Japanese is still awful…I need to study a lot more than I am, which is literally not at all. My job is entirely in Japanese and it’s difficult to say the least, but I love my job!

I also recently started learning Spanish on Duolingo. I still have to pick up Swedish though. Maybe after Spanish since that’s more useful to me at the moment.

BCJ: Wow, that’s amazing! Six months after graduation and you’re already so busy! It’s definitely understandable that you’re still working on your Japanese at this point so don’t be too hard on yourself. Learning just one language is hard enough, but you’re absolutely doing the most, adding two more into the mix haha! So, let’s jump right into it and let me ask how did it all start for you? Did you always know you wanted to be an animator? From what I’ve seen, you have some beautiful illustrations as well! When did you first decide you were interested in illustrating & animation?

MK: Um, well no, actually in high school I really wanted to become a comic book artist. I was even contemplating somehow doing some sort of exchange program in Japan for that, even though looking back I don’t think that was available to people from my country haha.

I used to draw comics in high school with a good friend at the time. We would take turns drawing as many pages as we wanted. Sometimes a whole chapter and then exchange the book so the other person could continue afterwards. That was a lot of fun! Everyone in our friend group would read those comics. I remember wishing I could draw as well as my friend at the time though.

And thank you for calling them beautiful! I always find some issues with the way I draw and I’m almost always changing it, but I guess I do have a distinct style that I always go back to. I’ve been illustrating for a while actually and even did a comic book for someone back in Jamaica — I absolutely hated that commission though — it wasn’t in my style and I was thoroughly uncomfortable with drawing in that way. To be honest, if I could I would totally redo it the way I draw now, but it wasn’t my story. Oh well, haha!

As for animation, I first developed an interest in university. I did a degree in multimedia so we got to do a little bit of animation in our program. I’m terrible at flash, but animation kinda stuck with me and the love just grew from there.