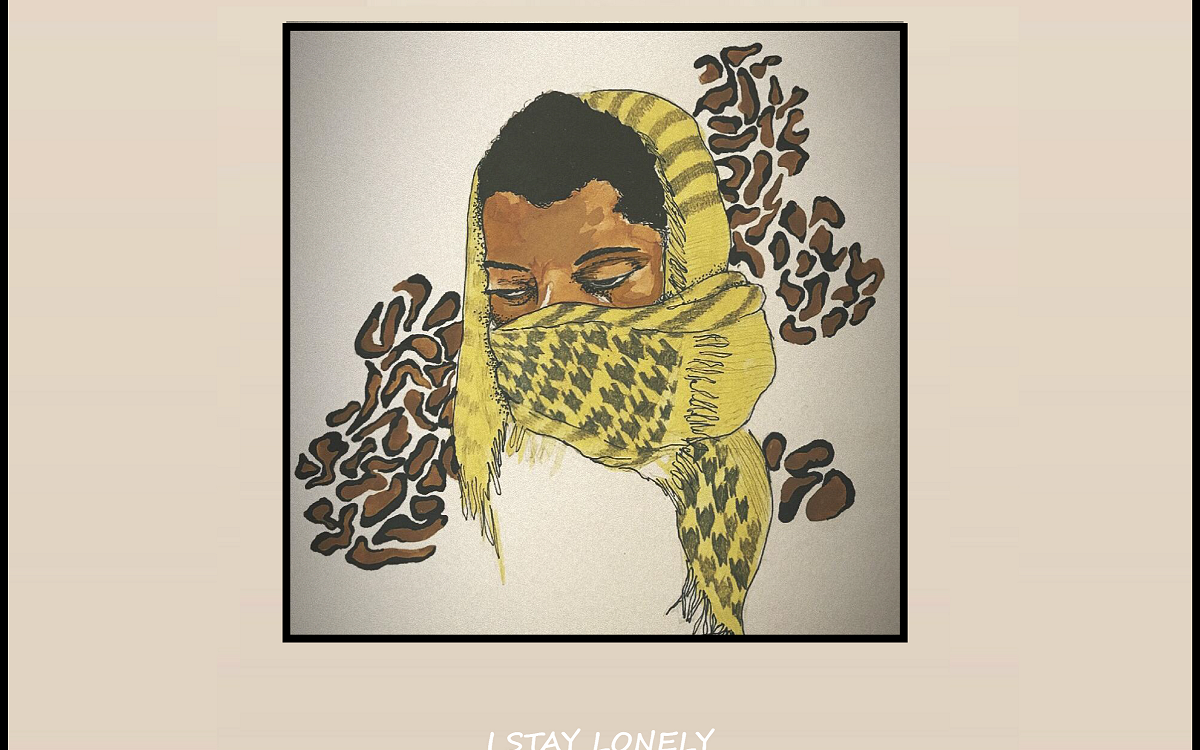 Today, we’re giving the full scoop on the latest with a Los Angeles based artist we’ve already introduced you all to before. Back in December, we were on-the-run with Yung Student Loans when he came to visit Japan. He’s since then returned home, to revel in the wake of his new album, I Stay Lonely (A True Romance), which dropped on January 31st 2020 and now we bask in the deluxe version released on May 22nd 2020.

Acting as the culmination to his sonic anthology, including previous projects, Milkwave & Emotional Debt, I Stay Lonely delves into a painful, yet much needed conversation regarding YSL’s past relationship(s) and exhumes the root of all his emotional debt along with the loneliness he bears. This album comes jam packed with a lot of vulnerability and harsh truths delivered in a package with ample synths, beats and samples. While YSL has come to terms with his past and unshakable habits, he’s still the same Sad Boy with a Vocoder. The only difference is that he’s ready to finally wake up from the fantasy.

The whole album needs to be bumped from start to finish – it’s a conceptual timeline of YSL’s growth and coming to terms with some harsh realities even if that means paying back some of the emotional debts he’s put himself through to get here. At 31 minutes in length, it’s short enough to listen to without a lot of commitment but the urge to listen again and again isn’t lost. The artist manages to say a lot verbally and sonically in the short time he holds your attention. That being said, I Stay Lonely has its share of standout tracks that highlight the musical depths we’ve come to expect from this artist. You get a taste of futuristic new jack swing in Quiet Storm, to a stripped down sad boy with a vocoder in I Don’t Kiss For The Moment. From moody bangers to songs for the club, we highlight a few of the tracks that stand out for us below.

The introduction, aptly named Pain, starts off with a haunting soundscape mixed with crisp effects and deep vocoder melodies bringing the listener directly into a space with YSL’s thoughts: / please could you send me away / tell the devil come and pick me up / I know he’s got in it for me / but why you always gotta help him out? / We’ve been transported straight into the graveyard where heavy feelings were once laid to rest. This transitions straight into I Think You Got Me Down which perfectly sets the melancholic tone that sticks with us for the rest of the album. We get laid back vocals and bumping beats – just like the start to a long night drive.

State It Simply is a dreamy anthem that is short, but doesn’t mince words. YSL allows himself to diss those who used and abandoned him, in a full frontal attack. Constructed as an ode to one of his favorite songs, popularly known as the ending theme of Outlaw Star, YSL alongside featured artist, DLC, rehashes the facts & gets a lot of hard feelings off his chest. His pain is valid and you want to agree that it may very well be time to rethink the relationship with this person, who dodged his calls and left him on read, when he needed them most: / when’s the last time you had my back / you actually had my back? / when’s the last time I called you / and you actually called me back? / yeah karma is bitch & I heard it’s coming back / It’s alright to forgive and forget for sure, but also just forget them entirely. Disregard them and keep doing you, because they probably were just using you, but they’ll get theirs eventually; karma can be a tricky mistress that way after all.

Moving into Curmudgeon, we get the vision of a playful and more hyperbolic (almost parody) version of the artist. YSL may be over some of the pain, but he’s also back at it, ready to dive into more chaos, do more trash talking and remind you just who the hell he is! With the slow buildup of the collaborative production between YSL and his featured artist, Elete, he lets loose and goes off the deep end into the dark abyss, teaching us the inner workings of a professional “side piece”: / call me up if you’re home alone / call me up if you’re tryna moan / call me up if you got a man / call me up if he’s never home / call me up cause let’s be honest / you ain’t got no one else to call / Yes, he sounds like the worst type of human; it’s tongue in cheek, intentional and just so ridiculous, it’s downright silly. He’s essentially making fun of himself and inviting us in on the joke. And despite all the bad behavior, this is one of the most polished tracks on the album, and one you can feel good to – even if it’s only temporary.

With a track name like Hooligan, you’d think we’re continuing our drive with nonstop loud shenanigans, but here the mood slows down substantially. YSL sings alongside the velvety vocal stylings of featured artist, Alyun, in a swirl of lofty synths and melodic harmonies. Structured in a seductive call-and-response format, we’re given a modern day story of Bonnie & Clyde. Two souls, one in the thick of living out their fantasies as the hooligans they are & the other voice acting as the conscious on the other’s shoulder. We learn from them that at the end of the day, when you’re having drinks in your hotel room, you need to make sure you and your partner-in-crime, stay grounded in your own truth, whatever it may be: / don’t lose your cool / tell me the truth again / please check my lie again / I feel so alive again / you I’m confiding in / In the midst of all the chaos, when you get down to it, at the end of the day you only have each other. Sure you two may be a couple of trouble makers, but at least you’re together and that’s gotta be worth something at least, even if you don’t quite make it to the moon. In the realm of this track, a life full of chaos never sounded so sweet…though bonding in chaos can lead to broken hearts later.

The album’s namesake, I Stay Lonely is a bop that wouldn’t feel out of place in the club or on a video game soundtrack. Shaping sound in ways that don’t necessarily have anything to do with words, YSL goes onto the next level; Super Saiyan. This sums up the Yung artist’s inner journey to self actualization: / So tell me who you wanna be yeah / I got time if you wanna see yeah / all the things I can dream up / I’ll exaggerate you down to a tee yeah / He knows he’s a hopeless romantic and wants to take the listener back to his emotions in the aftermath of the chaos.

While you’re stuck at home and social distancing we’re reminded that Yung Student Loans was social distancing way before it was cool. There’s a little something on the album for everyone who’s ever had some deep angst to vent out or has experienced the intricacies of friends with benefits, hustling & feeling distance, even without a pandemic. Give it a listen and let Yung Student Loans guide you on the path of ‘dgaf-ing’ and hard to swallow pills that we all come across in life. Find the album on SoundCloud (as listed above), Spotify and available for purchase on other platforms such as Bandcamp, where you can get an additional exclusive look into the mind of the artist, complete with an e-booklet of lyrics, lore & artwork from other collaborators. Yung Student Loans is finally awake from his long dream of what could have been and on to what he’s going to do next.