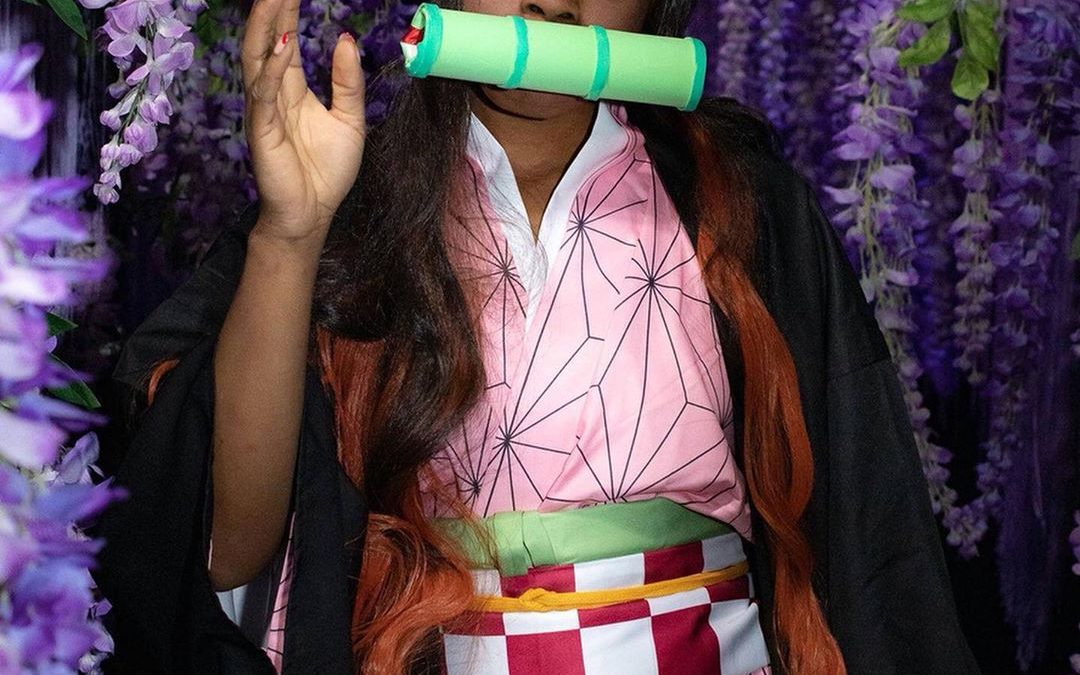 Hisashiburi everyone, it’s been a very long and difficult year. Through the quarantine, indiscriminate deaths, unjust bloodshed and political unrest, we’re still here rolling with the hard blows that 2020 has dealt. Even though most are ready for this year to be over, there’s still much to do and if there was anytime to remember that we must all stand united before these calamities, it’s now. We at BCJ hope you all have stayed safe and as vigilant as possible and while we sort out the mess, we’re here to brighten you’re day just a bit by reminding you of all of the creatives here in Japan still trying their best to make our world better. With Halloween just around the corner, for our comeback month we’d like to ease you into the fall season with a brief view into the art of cosplay with Kansai based cosplayer, Sora Kitsune.

Black Creatives Japan: Where are you originally from and other than the connection to Japanese anime & pop culture, how did you come to find yourself in Japan?

BCJ: That’s right! Your puppies are so precious; I love that you also incorporate them into your cosplays. Last year, at the annual BWIJ convention, you led a workshop on the power of cosplay (that I missed unfortunately *sad violin*). To make up for that, could you tell me when you first started cosplaying and why do you do it?

SK: I feel like I’ve always been cosplaying even when I was young. Halloween was always my favorite time of the year; not for the candy (I don’t like candy actually), but for the costumes. Later on in the years, I found out that I could just wear costumes any time by cosplaying! I officially took cosplaying seriously in 2011 during college. Pretty soon it’ll be my 10th year of cosplaying! Honestly, I just love showing my love for a series/character by getting suited up and having a good time with like minded people. Even for those that aren’t into it, I appreciate when some strangers enjoy my cosplays for just being cool, and that’s gnarly too!

BCJ: Definitely; I don’t consider myself a cosplayer, but I always enjoy seeing my favorite characters come to life through cosplay! From what I know and have seen in the cosplay community, there’s a great deal of time and effort put into these costume designs (often they’re made from scratch). What has been your favorite cosplay project(s) so far?

SK: Oh my gosh, if I have to pick a favorite it would have to be — Sora from Kingdom Hearts; I just love doing any variation of him. I’ve done at least 15 different versions of Sora from the video game & official media to various fan art requests. However, most if not all of my characters that I’ve done have a special place in my Kingdom Hearts! (laughs) As for how many characters I’ve done, I’d say at least 120, not counting their variations. If we do count the variations, then that would definitely be closer to 300 cosplays.

BCJ: That’s quite the large amount! And what would you say has been some of your favorite spaces to participate in cosplay culture here in Japan? Is it any different than going to a convention in the US or other countries?

SK: There are a number of cosplay events that I love attending, but my favorite is Hacostadium in Osaka, JP. It’s a cosplay studio with various backgrounds and props that you can use to take pictures. It’s all indoor and open everyday so it’s super convenient. As for events, the larger conventions in Japan are similar to US conventions minus a few key aspects: price, cosplay culture, and time. Japanese events are by far cheaper than American events. One of my favorite events, Jump Festa, in the Tokyo area is actually free! A similar event in the US would be at least 80+ dollars. In Japan, however, you do have to pay to cosplay. Since these events don’t happen inside hotels, a changing location and bag storage is provided and that’s actually what you’re paying for. It’s really cheap though, like 1,000 yen or 10 dollars a day. In regards to time, Japan events are usually 2 days long, but end around 5pm each day similar to a comic convention event in the US -vs- US anime events that last till 1 am. There are more differences, but those are some just to name a few.

BCJ: Have there been any downsides or roadblocks to being a woman of color in the cosplay community, or in general, that you’ve experienced so far? As far as I can tell, everyone is mostly supportive within the community, but there are those that judge/think it’s childish, which is ridiculous.

SK: The cosplay community is supportive for sure, at least for me. However, I have had trouble getting noticed for my character choices. I personally seem to have a type, the young shounen protagonist. That’s a bit different from the regular me, but I can’t help being drawn to those types of characters. It’s tough feeling like you have to do 150% more effort to get as accurate as possible. A non POC can toss on a wig and be an instant character, while i’m still considered the Black version or girly Black version of a character. And as for people that don’t agree with cosplaying, really, no matter what direction you look at it, you truly learn some valuable skills. Just because it’s fun, doesn’t mean it’s childish.

BCJ: What advice would you give to others also pursuing cosplay?

SK: Cosplaying should be fun and you should be having fun while doing so. Handmade or store bought, something elaborate or casual, canonical or creative, it doesn’t matter, as long as you’re having fun!

BCJ: Other than the recent festival in Osaka & Tokyo that had been canceled back in March, due to the corona virus scare, are there any upcoming events that you’d suggest to others looking to strut their stuff?

SK: Halloween is coming soon and if you start preparing now, you’ll have a chance to look awesome! Of course any time is good with cosplaying but if you’re shy about going out in cosplay alone, at least Halloween is a good time. I’d usually head to Tokyo Disney and USJ (Universal Studios Japan) to check out their events as well!

BCJ: I’m definitely looking forward to the spooky holiday as well! How has quarantine been for you? Personally and for your craft? Have you noticed any uprise in cosplayers? I know there’s quite a few on TikTok.

SK: I’d say during the first month of quarantine, I didn’t do too much in crafting and cosplaying as all my events got cancelled. A lot of cosplayers like myself got into making face masks for a bit. But during summer, I was able to get a lot of outfits made and even some photo shoots done. Due to major conventions around the world postponing till next year, there have been a lot of virtual events to help bring people together instead. Tiktok has also grown more since you’re able to cosplay with people all over the world. I just love that app!

We always love to see it; people coming together via the internet in unexpected ways. Keep up with Sora and her ventures by following her on Instagram (@sorakitsune). You can also come strut your best cosplay stuff on wheels by joining us at our upcoming Osaka Rollout event on Sunday the 25th of October located at Osaka Castle Park. At this all wheels inclusive, charity and social distancing event, we’ll take the chance to mask up, suit up, and hang out in the fresh air for a good cause! Additionally, feel free to come hang out with the Kansai locals at another event at Osaka Castle Park: a Community Picnic sponsored by BLM Kansai on Sunday October 18th. Stay safe and stay spooky, y’all!