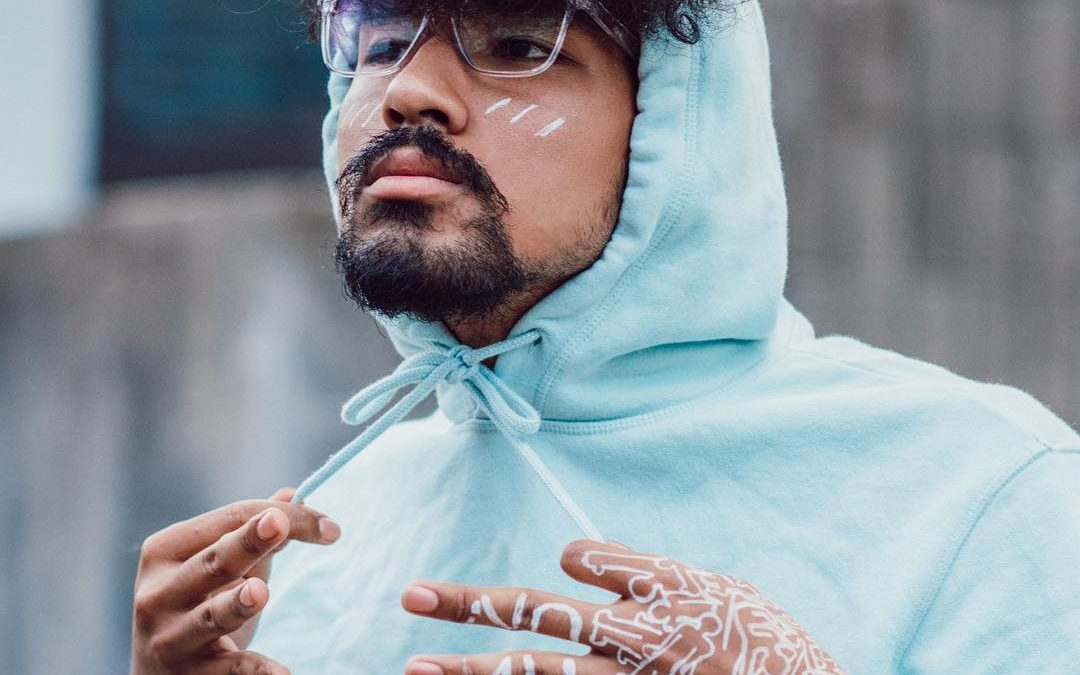 Trick-or-Treat, it’s October, people! There’s finally a crisp breeze in the air and we’re coming close to the end of a pretty rough typhoon season. There has been quite a lot of damage sustained in areas around the Kanto region by way of Typhoon Hagibis, which caused some high winds, flooding and even an earthquake in the Chiba Prefecture. Our hearts & prayers go out to all of those severely affected and recovering from the storm’s impacts. If possible, please consider contributing a donation to any relief funds for the survivors out there (https://www.globalgiving.org/projects/super-typhoon-hagibis-relief-fund/ ; https://www.globalgiving.org/projects/typhoon-hagibis-relief-fund/)

Now moving on to some bloodcurdling business, y’all know that Halloween is right around the corner. So while you’re getting all prepped for candy, costumes, and the craziness to come, we at BCJ ask that you all stay safe, informed and absolutely get lit in whatever capacity in which you’re comfortable. Additionally, we’d also like you to keep in mind the vast array of events going on in Kansai, some of which are being organized by the members of yours truly!

Before getting to all of that though, let’s introduce our next member in the spotlight for this month: Alexander Ito. Alex is known for his uniquely intricate and vibrant illustrations that are cool, clean, and simple in design, yet speak volumes. As is the case with many other creatives, he wears a few different hats and has dabbled in a bit of modeling, photography, and can strum a mean ukulele. If Alex wasn’t already on your radar, he definitely should be so read on and get to know a little more about this upcoming artist:

Black Creatives Japan: It’s pretty straightforward, but when did you first start drawing? Was it something you always did when you were a kid? Did you go through school and beyond wanting to become an illustrator?

Alexander Ito: I started drawing young at around 2 years old and was always encouraged by those around me. Having said that, once the time for choosing universities came around I was reluctant and afraid to apply to a university for Fine Arts and went elsewhere. Originally, I was looking at an international fashion school in Italy. In high school, I was interested in fashion, but it never lead to anything so I opted away from it for the reasons previously stated. I got a Liberal Arts degree ‘cause it was cheaper and because my mom kicked me out of the house, haha! I mainly came back to drawing later as a meditation of sorts.

BCJ: Wow okay, well you may not have gone to fashion school, but I think you haven’t strayed far away from that realm with the occasional modeling and design that you do. Now, I don’t know much about your background, so if you don’t mind sharing, where did you move from and what was your process in getting back to Japan? How long have you been in Japan now?

AI: I’m half Black half Japanese and I was born in Japan on the Yokoda Air Force base in Fussa, Japan. I was raised in Tachikawa City in Tokyo until I was 4 years old and then I moved to the Mojave Desert in California. Around 3 years ago, I moved to Japan after university. In order to graduate from my university you were required to do study abroad program. So I decided to go on a study abroad during my final semester at uni and then stayed in Japan due to the growing dangers in the States (pre-Trump) around the time the Ferguson incident happened.

BCJ: Ah, I see. Tensions were definitely raised at that point in time so I can understand a bit of why you would choose to stay here. Could you talk a little bit about your aesthetic for some of your art and how you developed your style? Do you have any specific inspirations you draw from? I think all of it is awesome, especially the gross/cute pieces.

AI: As far as my aesthetic goes, while I don’t think too hard about it, it has simplified harsh lines. I like to keep colors separate despite being mixed myself, haha because I always found it easier to fill in and such. As of late, I’ve simplified more and more so I can finish pieces more quickly. And regarding the “gross/cute” aesthetic, I always tried drawing cute things in elementary school to impress girls I liked and eventually I started to recognize there is less effort to make something ugly than pretty and I started to apply more visceral imagery.

BCJ: How did you go about finding work? Do you work as a freelancer, full time or both? Also do you have any preference for one or the other and how do you balance out your commission workload as an artist? Did you start accepting commissions before or after you came to Japan?

AI: It’s all about connections for many foreigners that get work in design in my opinion. I currently work at a design firm as a trend/global web consultant mainly focusing on aesthetics and UX. More recently I’ve been asked to draw very rough storyboards for the company that I work at, but typically my illustrations are hobby pieces and are more design focused than art focused. I speak Japanese & English fluently and understand cultural nuances, which is exactly the type of person they were looking for to help appeal to clients looking for consultations on global design.

And my commissions are extremely few and far in between, so at this point I don’t even have enough of a network or confidence in my skills to comfortably freelance, so for now I think I am where I should be. I rarely illustrated in the States due to a lack of equipment and time and started putting more effort and time into it once I moved to Kansai. When I started drawing again after coming back to Japan, people saw some of the self portraits I’ve been doing and asked for them which is a nice thing to imagine, but at the same time I think it’s more design work than art that they are buying.

BCJ: If you’re comfortable now that’s fine, but don’t sell yourself too short now. Yeah, it might be the designs more than the art that people want as you say, but it’s still your design they’re requesting and I think there’s a lot to be said for that. Besides, that’s why we do things like this; to shine a light on your work and get your name out there to more people! Also working at a design firm seems really cool! Would you say it a simple transition for you to go from art to design? Was it stressful for you at all when you first applied for the job?

AI: No and yes ‘cause I wasn’t an artist first, so it was easier to adapt a designer mindset which is more service based rather than end product based like an artist. No, it wasn’t stressful, I definitely went in as a consultant and through racial token circumstances so I’m a rare case. For anyone wanting to apply properly make sure they speak Japanese, at least N2 level, and prepare to make a lot of prototypes that go nowhere.

BCJ: I see, so it’s more that you kinda stumbled your way in, but you’ve got the right stuff anyway so you’re there to stay. Everyone wins, even those making the endless prototypes. You gave a bit before, but do you have any more advice for other illustrators trying to work out here in Japan, a foreign country or just generally?

AI: Yeah more or less haha, but I don’t do any designs. They’re more like concepts and direction of what I give here at my job.

I’ve been in Kansai for about 3 years now and my main advice to anyone that wants to be an illustrator full time here whether it be freelance or for a firm is displaying your abilities and networking. Whether or not you want to make a living as an artist or a designer are two very different things and most people assume because they are good at art they will excel at design which is almost never entirely true. They’re definitely connected, but not the same by any means.

BCJ: I suppose that’s true. Illustration and design can be under the same umbrella of sorts, but one shouldn’t assume that they’re interchangeable. It’s fortunate that you were able to find the balance that suits you. Are there any upcoming projects or work you’d like us to keep a lookout for in the upcoming months?

AI: In terms of upcoming projects, there’s nothing too large though I am planning on potentially exhibiting a series of self portraits sometime in the summer of next year!

Alright then, we really hope you decide to go through with the exhibition and will definitely keep our eyes peeled for more of your work to come! Any of our readers who wish to do the same, please follow Alex on Instagram using his handle @alexander_ito_ and get yourself a sweet illustration of you and/or any of his other pieces!

And as mentioned previously, if you’ll be in the Kansai area of Japan in the next few weeks up through November, definitely check out some of our other BCJ members performing, spinning and/or hosting the following events:

Knight Riderz Volume 3: The Spooky Edition @ 7pm on Saturday November 2nd at The Castle Behind the Bar in Kobe. Suit up in your Halloween best and strut on down to The Castle where you’ll find an extravaganza filled with hair-raising music, food, and vibes that are sure not to disappoint.
Organized by @m3tagame; Click HERE for the FB event page.

Vanishing Footprints: Clothing Swap & Sweets Pop Up @ 2pm on Sunday November 10th at Lingua World Cafe in Osaka. Even well after the holiday, enjoy some devilishly delicious vegan treats provided by @supernova_rosi of @_trick_or_treats_ and clear some cobwebs & skeletons out of your closet by contributing to a clothing swap hosted by @celestiallovin and Rosi.

Ultimately, whatever your plans may be, we at BCJ wish that you all be smart, be safe, and be spooky!